ICIMOD’s Director General David Molden and Deputy Director General Eklabya Sharma met with the Honorable Chief Minister of Mizoram Pu Lal Thanhawla and discussed various activities undertaken in Mizoram under REDD+ Himalayas project. The ICIMOD delegation also visited the villages Reiek and Ailawng and interacted with local farmers, and observed the operation of the turmeric solar drier and its utilization by the local farmers.

ICIMOD delegation with the Chief Minister of Mizoram Photo: ARCBR-ICFRE

Reiek and Ailawng villages in the Mamit district in Mizoram are well known for growing organic turmeric in India. Local communities of the Reiek village have started using a turmeric solar drier unit to dry their raw turmeric produce. According to the chairman of the Reiek village council, the drier unit has been very useful to the farmers in Reiek as they have been able to grow more than 4000 quintals of turmeric from the first year crop.

Mizoram has the highest forest cover among all states in India but it is severely degraded. ICIMOD’s Reducing Emissions from Deforestation and Forest Degradation (REDD+ Initiative) is working with the Advanced Research Centre for Bamboo and Rattan (ARCBR) of the Indian Council of Forestry Research and Education (ICFRE) and the State Department of Environment, Forests and Climate Change in Mizoram for building capacity on REDD+ in Northeast India.

To reduce human dependency on forest resources in Mizoram, and as a measure to promote value addition in agricultural practices on farmlands, the REDD+ Himalaya project has supported local communities in the villages of Reiek by installing a solar drier for processing turmeric.

Interacting with the villagers at Reiek Convention Centre, Molden acknowledged the challenges faced by people of the mountain state of Mizoram. He said that establishing a shaded coffee plantation is one of the ways to improve the livelihood of local community through capacity building and knowledge sharing. The team also observed that the villagers are keen to improve the methods of planting shaded coffee; they are interested to learn about the site requirements for coffee plantation, availability of the coffee market, and the possibility of organic certification of their produce. Villagers also seemed interested in adopting a permanent type of cultivation such as agroforestry. One of the women participants from Reiek village said that they collect fuelwood from jhoom lands and also cultivate food crops in jhoom lands for survival, so they cannot suddenly stop shifting cultivation unless or until they have some better option for farming and livelihood.

Sharma said the field visit had provided ICIMOD a great opportunity to interact with the community of Mizoram, and that the market for coffee in India should be explored through the Indian Coffee Board. He stressed that transition from shifting cultivation to other options should be addressed in a phased manner by adopting best practices learned from other states of North East India.

The field visit of the ICIMOD delegation was facilitated by M.Z. Singson (Head, ARCBR, Aizawl), R.S. Rawat (ICFRE, Dehradun), K. Kire and other forest officers from the Department of Environment, Forest and Climate Change of Mizoram.

Molden and Sharma were on a two-day visit to observe the progress of REDD+ activities in the state of Mizoram, India.

ICIMOD’s Regional REDD+ Initiative is funded by the German Federal Ministry for the Environment, Nature Conservation, Building and Nuclear Safety (BMUB), and the Norwegian Ministry of Foreign Affairs. The Deutsche Gesellschaft für Internationale Zusammenarbeit (GIZ) GmbH is the technical partner of the REDD+ Himalaya programme. 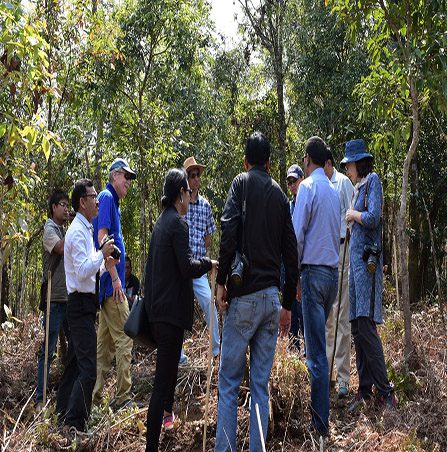 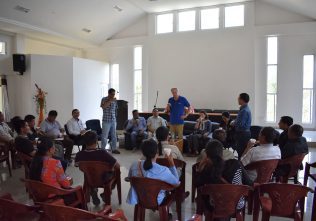 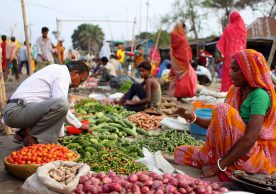 Given the Koshi basin’s susceptibility to disasters, many communities near the Koshi River are constantly at risk. In a bid ... 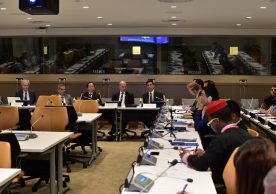 The Permanent Mission of Nepal to the United Nations in New York and the International Centre for Integrated Mountain Development ...

Business has largely been dominated by men across the world, and Nepal is no exception. Women usually need to be ... 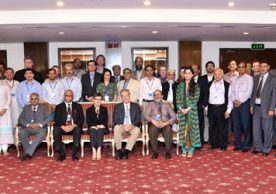