Permafrost is rock or ground material below the surface, frozen for at least two consecutive years. The near-surface layer above the permafrost thaws during the warm season and is termed the ‘active layer’. The extent and distribution of permafrost in the mountainous parts of the Hindu Kush Himalayan (HKH) region are largely unknown, except for parts of the Tibetan Plateau.

To assess the permafrost distribution maps, rock glaciers were used as visual indicators for the lowest occurrence of permafrost in the mountains. Rock glaciers are creeping masses of ice-rich debris on mountain slopes and are identified using aerial photos or high resolution satellite images.

In this study, Google Earth was used to systematically assess 4,000 randomly distributed sample squares (30 km2) for the occurrence of rock glaciers. Rock glaciers were mapped together with their lowest elevation by two independent researchers. The methodology has been described in detail in the ‘Manual for Mapping Rock Glaciers with Google Earth’. Mapping rock glaciers with Google Earth was used as first-order evidence for permafrost in mountain areas with severely limited data from the ground. The minimum elevation of mapped rock glaciers varies between 3,500 and 5,500 m a.s.l. within the region. The ‘Circum-Arctic Map of Permafrost and Ground Ice Conditions’ does not reproduce mapped conditions in the HKH region adequately, whereas the ‘Global Permafrost Zonation Index’ does so with more success. http://www.the-cryosphere.net/6/221/2012/

Based on this study, the ‘Permafrost Zonation Index’ is inferred to be a reasonable first-order prediction of the occurrence of permafrost in the HKH. In the central part of the region a considerable deviation exists that needs further investigations. In-depth research is required to better understand permafrost processes and to improve the simulation of permafrost distribution.

One of the authors, Dorothea Stumm, Senior Glaciologist with ICIMOD, said rock glacier mapping is a systematic method for a preliminary first visual assessment of the permafrost distribution. Combined with the Global Permafrost Zonation Index — available as Google Earth file —we have now tools that allow us to get a first sense of the regional permafrost distribution for areas with sparse information on permafrost. Based on this, future research can be planned to fill current gaps in understanding more accurately where permafrost occurs and how much ice it contains. 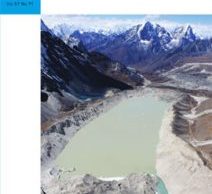 A special thematic issue of the Annals of Glaciology has recently been published by Cambridge University Press (link). The thirty-eight ... 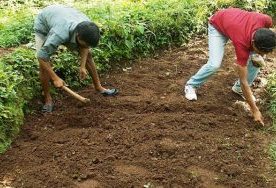 It has been agreed upon that a Community Information Resource Centre (CIRC) will be established in Wa San Dum, a ... 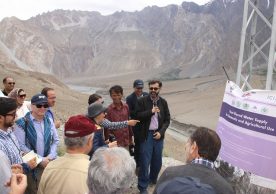 A policy roundtable, Building Climate Resiliency in Gilgit-Baltistan, held at the Karakorum International University on 26 June 2018, emphasized the ...