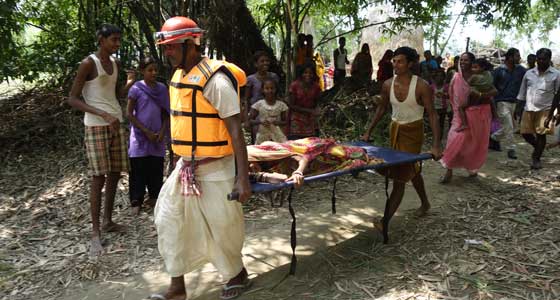 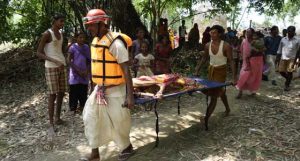 The mock drill followed the installation of three community-based flood early warning systems (CB-FEWS) at selected sites along the Ratu River in late June and early July 2015. CB-FEWS are devices engineered to alert downstream communities to rising river water during the monsoon season, allowing communities lead time to evacuate in the event of a flood. They have been successfully piloted by ICIMOD in the Indian state of Assam. Before the installations, ICIMOD facilitated a five-day training to care-takers of the CB-FEWS at its Knowledge Park in Godavari.

The goals of the mock drills were to raise the awareness of the larger communities around how to integrate CB-FEWS into their disaster response, and to better prepare the community and local volunteers in the event of a flood.

Facilitators of the drills demonstrated what to do in the event of a flood and discussed who in the community would be responsible for what. Individual task forces, which comprise separate early warning, search and rescue, and first aid teams, were formed and mobilised in each location. These teams will take charge once they receive information that floodwaters are rising. During the mock drill, while early warning teams operated the hand siren, community members practiced taking shelter in the local schools and on higher ground. Rescue teams practiced rescue procedure, and first aid teams practiced how to handle injured people. In total, more than 150 people attended each mock drill, and more than 40 percent of the attendees were women. In addition, the communities were taught how CB-FEWS function, what the ideal process of communication flow is, and how much lead time they can expect to have once they receive flood-related information from upstream. 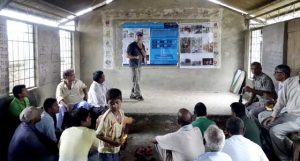 In the coming months, ICIMOD and DHM/CFGORRP plan to train more individuals to be CB-FEWS caretakers. The newly-installed CB-FEWS will be monitored over two monsoon seasons to determine whether the systems function properly. In addition, the programme is concurrently completing baseline research in the selected sites, which will help ascertain the project’s future impact. If successful, the project can be replicated in other parts of the Koshi basin and beyond. 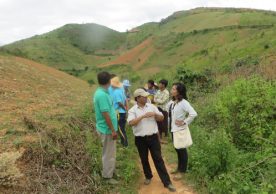 The village of Kyaung Taung in the Inle Lake area in Myanmar sits atop a hill overlooking Heho city. And ... 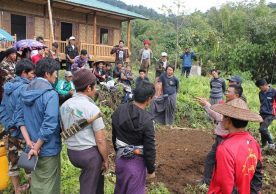 As part of community capacity-building interventions by the Landscape Initiative for Far-eastern Himalayas (HI-LIFE), a five-day hands-on training was conducted ...

Learning to use SERVIR tools and MODIS products

The SERVIR-Himalaya Initiative of the International Centre for Integrated Mountain Development (ICIMOD) organized a five-day training on SERVIR science applications ...

A year has now passed since the devastating earthquake in Nepal and it continues to struggle with enormous challenges of ... 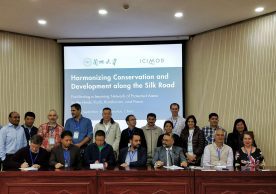 Bam-e-Dunya: a network to bolster conservation efforts on the roof of the world

This historic agreement lays the foundation for long-term collaboration and exchange to conserve fragile ecosystems and help mountain communities adapt ... 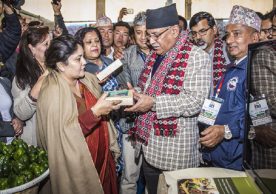 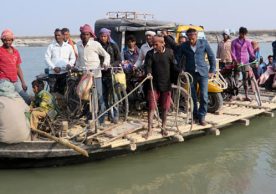 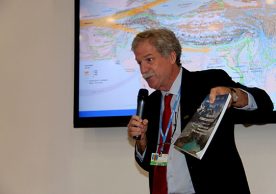