HICAP South-South Dialogue on Managing Wetlands in the Himalayas

ICIMOD, as a regional intergovernmental learning and knowledge sharing centre in the Hindu Kush Himalayan region, has taken various steps to support south-south dialogue in the region. In August this year, a regional expert symposium held in Dali city, Yunnan province, China, paved the way for greater cooperation between regional member countries on managing wetlands in the Himalayas. Over 70 participating experts, managers, and government officials at the symposium agreed on the need to strengthen cooperation and dialogue to manage wetlands in the Hindu Kush Himalayan region. It was also suggested that ICIMOD play an active role in facilitating dialogue and exchange among its regional member countries.

In a follow-up event, senior Chinese government officials, including the Section Director of the Yunnan Provincial Development and Reform Commission, Secretary General of the Yunnan Biodiversity Foundation, senior officials from the Department of Environment, and representatives of the Yunnan Institute of Environmental Science participated in a 10-day exchange visit to Bangladesh and Nepal to understand community-based management options for wetlands. The exchange visit was organized as part of the capacity building and knowledge sharing exercise initiated by the Himalayan Climate Change Adaptation Programme (HICAP). During the visit, experts and officials from China observed the participatory management of the Tangaur Haur wetland in Sunamganj District, Bangladesh, and the Beeshazari wetland in Chitwan district, Nepal.

The Chinese delegation met with the Chief Conservator of Forests in Bangladesh, the Director General of the Department of National Parks and Wildlife Conservation in Nepal, and the Director General of the Department of Soil Conservation and Watershed Management, Nepal. The delegation also met with Mr Ishtiaq Uddin Ahmad, Country Representative of IUCN Bangladesh, who reiterated that the bilateral visit benefited both countries and strengthened cooperation on the management of wetlands in the Himalayas. The visit provided the Chinese delegation with an opportunity to understand the socioeconomic issues, institutional arrangements for managing wetlands, and policy gaps in the two countries. 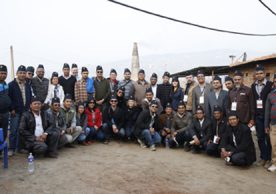 A workshop on Brick Kilns Policy and Advocacy Network (PAN) was jointly organized by Climate and Clean Air ... 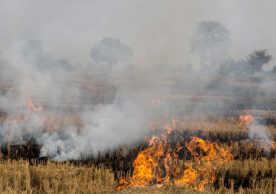 While general awareness of worsening air quality in the Hindu Kush Himalaya (HKH) has risen in recent years, this attention ...

Paper Publication on the Discourse of Cilmate Change and Human Mobility

Should we be concerned over the impacts that climate change could have on human mobility? For many, the answer is ... 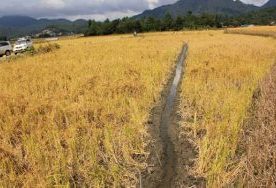 The Music in Ziro

By 7am, we were in Ziro. Rubu got us on the road that crisscrossed the vast horizon of paddy fields. ...