In 2019, we partnered with agencies in Afghanistan, Bangladesh, Myanmar, and Nepal to customize the RLCMS further as per national requirements, and conducted multiple trainings on the system’s development and use. In Nepal, the Forest Research and Training Centre (FRTC) has taken ownership, having allocated its own resources for field validation of the land cover data before final release. The system will be adopted for official reporting on forest cover and provide a basis for other forest-related applications such as national eco-region mapping. In Bangladesh, after a successful pilot in the Chittagong Hill Tracts the Bangladesh Forest Department (BFD) has rolled out the system for the entire country.

Early involvement of FRTC and BFD staff in the co-development of the system has helped build institutional capacities so that they can take the activity forward independently with limited technical backstopping from ICIMOD. 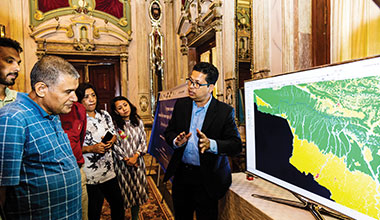 Knowledge generation and use

Expanding knowledge on and access to climate and weather services 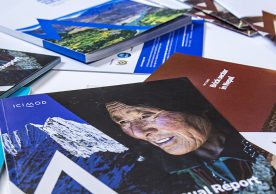 As a knowledge and learning centre, ICIMOD recognizes the role of information in improving the understanding of environmental and social ...