The EU-funded Support to Rural Livelihoods and Climate Change Adaptation in the Himalaya (Himalica) initiative managed by the International Centre for Integrated Mountain Development (ICIMOD) recognizes all too well the role national and local media play in creating public awareness about the need to support poor and vulnerable mountain communities of the Hindu Kush Himalayan region adapt to climate change. Toward that end, the Himalica initiative introduced a Himalica-ICIMOD Media Fellowship Programme 2017, targeting media professionals in Bangladesh, Myanmar, Nepal, and Pakistan. The programme will help strengthen the capacities of selected environment and development media professionals from the region to report accurately and holistically on issues such as rural livelihood and income diversification, climate-resilient value chains, climate-smart agricultural practices and interventions, formation of farmers’ groups and micro enterprises, and ecosystem management.

The following are the recipients of small grants under the Himalica-ICIMOD Media Fellowship Programme 2017: 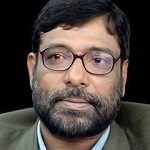 Monirul Islam is a staff reporter with The Daily Kaler Kantho (a Bengali national daily) and a district correspondent for Bangladesh Television. Based in Bandarban, he has worked with The Daily Star, The Daily Bhorer Kagoj, The Daily Jayjaydin, and The Daily Janakantho, and edited The Daily Sachitra Maitri and the online news portal, chtpost.com. He is a life member of the Bangladesh Red Crescent Society, District President of the Consumer Association of Bangladesh, and an executive member of the Bandarban District Sports Association (DSA), among other things. He can be reached at monubbn@gmail.com.

Parvez Babul is an award-winning journalist, columnist, and author based in Dhaka. He has contributed over 300 articles on a range of topics—climate change, environment, women’s empowerment,  migration, and human rights, to name a few—to prestigious newspapers in Bangladesh, including the dailies Daily Observer, Daily Star, Bangladesh Post, Financial Express, and Independent, and the weekly HOLIDAY.  He has published four books on women’s issues, presented papers at conferences and workshops around the world, and won numerous awards. He writes in both Bangla and English, and can be reached at parvezbabul@gmail.com. 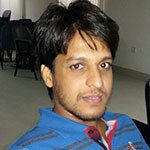 Rafiqul Islam is an environment and development reporter based in Dhaka, Bangladesh. He is a senior correspondent for the United News of Bangladesh (UNB), the largest private-sector news agency in Bangladesh. He is a regular contributor to the Dhaka Courier, a sister concern of the UNB. He also contributes to thethirdpole.net, Thomson Reuters Foundation, Inter Press Service (IPS), and Climate Home. He holds a post-graduate degree in Communication and Journalism from Chittagong University, Bangladesh, and intends to obtain an M Phil degree from Dhaka University. He can be reached at rafiq_cu7@yahoo.com.

Mya Kay Khine has been working as a news editor for the Myanmar Times Daily (Myanmar version) since 1 December 2016. From 2011 to 20134, she served as a sub-editor of Crime Journal, a sister publication of The Myanmar Times. She likes to follow her country’s politics, and write feature stories. In 2015, she travelled to Shartaw, Loikaw Township in Kayah State to cover local elections. A native of Yangon, she can be reached at mya.simplefly@gmail.com. 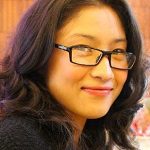 Sonia Awale is a health and environment journalist with the Nepali Times. Based in Kathmandu, Nepal, she produces multimedia stories dealing with the environment and climate change. She is also a science reporter with the Croucher Foundation, a leading organization promoting the quality of natural sciences, technology, and medicine in Hong Kong. She holds a Masters in Journalism from the University of Hong Kong, with specialization in digital storytelling, multimedia journalism, and health and science reporting. She can be reached at soniaawale013@gmail.com. 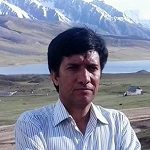 Peer Muhammad is one of the Founders of Gilgit Times Online (http://gilgittimes.com.pk/) to which he has contributed scores of stories focusing on climate change, the environment, and food security issues facing Gilgit Baltistan and Chitral in Pakistan. He is also a staff reporter with The Express Tribune, covering economic, business and security issues from his base in Islamabad. He holds a Masters in Economics from the University of Karachi. He also contributes stories on the water-food-energy nexus, and climate change issues to the Third Pole Network, a South Asia-based online media outlet. He can be reached at peer.muhammad780@gmail.com. 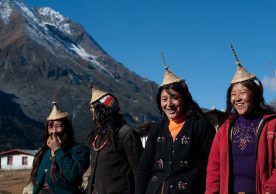