The Atmospheric Watch Initiative at the International Centre for Integrated Mountain Development (ICIMOD) was established in 2013 as part of the Centre’s Atmosphere Regional Programme.

The concentration of pollutants is a function of Emissions and Meteorology [C=f (emissions,meteorology)] . It means that under certain meteorological conditions, although there may be high emissions in one place or area, if the meteorology is right, the pollution can be diluted vertically (convection) or horizontally (advection) thus keeping the concentrations normal in that area and spreading that pollution to other areas. When meteorology does not support this process, pollution tends to accumulate in that location. 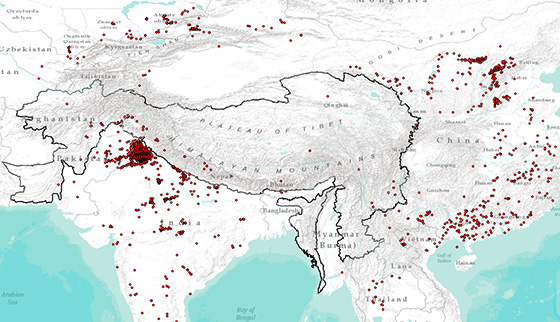 Fire counts in the region from 3 – 6 November 2016 as detected by NASA’s MODIS sensors.

In the first week of November 2016, additional emissions from agricultural burning in Punjab and other surrounding areas of Delhi were observed through satellite images and media reports. Simultaneously, the meteorological conditions at that time did not favor convection or advection in the region. Thus, air pollution levels were extremely high. In contrast, the Kathmandu valley emissions were lower than normal due to reduced motor and industrial activity in the valley due to holiday celebrations. In addition, agricultural burning in the immediate vicinity of the valley was not observed nor the regional emissions from Indo-Gangetic plains (IGP) influence Kathmandu air quality because of poor vertical transport (stronger boundary layer inversion in the plains). 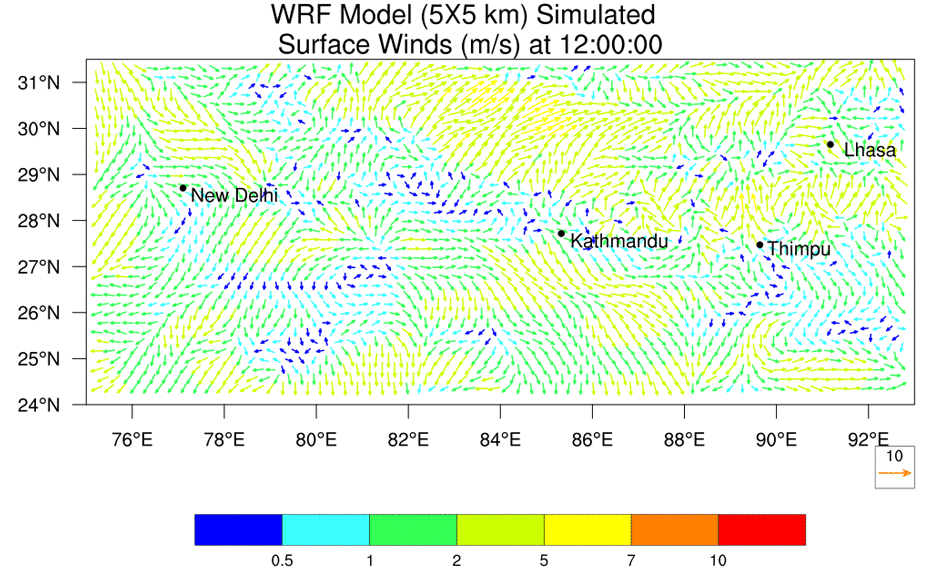 Figure 2. Animation showing the flow of wind from 3 to 6 November 2016

Simulated wind data [Fig 2] in the region reveals low wind speed in the IGP without strong advection towards central Himalayas.

A major obstacle to comparing air pollution levels from different cities is that there are so many pollutants and no widely-accepted index for combining the values for multiple pollutants. At present, much of the attention among air pollution experts is on fine particulate matter (PM2.5) due to its large effect on human health, extreme weather events, and climate change. The most comprehensive comparison of PM2.5 across multiple cities is in the World Health Organization’s (WHO) database of nearly 3,000 urban areas around the world. Figure 1shows a subset of data from 35 cities which are familiar to many of ICIMOD’s website visitors. The data are annual-average concentrations of PM2.5 because it is not as meaningful to compare short-term concentrations during extreme air quality episodes. Due to the extremely small size and weight of these particles, PM2.5 concentrations are reported in millionths of a gram (µg) per cubic meter of air (m3).

As can be seen, Delhi ranks #11 with 122 µg/m3 and Beijing is #56 with 85 µg/m3. Kathmandu is #261 with an annual-average PM2.5 concentration of 49 µg/m3. This is nearly five times higher than the WHO guideline for annual exposure to PM2.5 (see green line in Figure 1). Measurements were collected in Kathmandu by the Nepal Health Research Council (NHRC) as part of their recent study, Situation analysis of the ambient air pollution and respiratory health effects in Kathmandu Valley. We anticipate many additional PM2.5 measurements to be collected in Kathmandu and made available to the public in the near future.

In Nepal, there is a pressing need to develop accurate emission inventories that quantify the contribution of each source of emissions from the District to the National level. Armed with such information, least-cost air quality management solutions can be identified and scaled up. In the meantime, here is a list of the major known source categories in Nepal and some potential solutions to reduce their emissions. Within each category, solutions are listed roughly in order of feasibility.

At this time, we are not able to say with certainty whether current air pollution levels in Kathmandu are higher or lower than in the past because no long-term measurements have been collected at any fixed site in the Valley. The only data record that we have for a full year of PM2.5 concentrations in the past is shown in Figure 2, based on a study on the ‘Dynamics of PM2.5 in Kathmandu Valley, Nepal’ (R.K. Aryal et al., 2009). Those data were collected from March 2006 through February 2007 in a very densely populated location. It is important to note that the PM2.5 concentrations in Figure 2 are daily averages, and hence, appear much higher than the annual averages in the WHO database (Figure 1). From a visual inspection of Figure 2, it appears that the annual average in Thamel in 2006-07 was quite similar to the current average value of 49 µg/m3 reported by the NHRC (see Figure 1). Although not discussed in the paper by Aryal et al., it is likely that the peak concentrations in early-April are attributable to a spike in fire activity, which is typical in March and April. Whereas PM2.5 readings from previous years are not readily available, historical fire counts can be obtained at http://geoapps.icimod.org/NepalForestFire/

Satellite imagery suggest that Kathmandu residents experienced a region-wide haze event from 7-11 April. In other words, the high levels of pollution are not entirely attributable to emissions in the Kathmandu valley. The new Chitwan National Park Air Quality Observatory Station at the National Trust for Nature Conservation (NTNC) is well-situated to capture regional events that also influence Kathmandu. From this site, we detected a sharp rise in PM2.5 concentrations beginning on 9 April and peaking on the morning of 10 April (see Figure 3).

While it is not possible to attribute this rise to a single emission source, anecdotal evidence points to large fires that began increasing in number on 7 April and peaked on 10 April.

In addition to the fires, the warm and humid weather conditions during this period were conducive to the formation of PM2.5. Finally, it is important to note that the PM2.5 concentrations in Figure 3 are hourly averages, and hence, appear much higher than the annual and daily averages shown in Figures 2 and 1.

When making such comparisons, it is important to note that the only WHO guidelines are for average PM2.5 exposures over a 24-hour period (25 µg/m3) and an annual period (10 µg/m3). In contrast, the data shown in Figure 3 from the Chitwan Monitoring Station are hourly averages for which no WHO standard exists.
The red line in Figure 4 shows the daily-average concentration of PM2.5 in Chitwan. It can be seen that PM2.5 was already three times higher than the 24-hour WHO guideline before the fire count began rising. By the peak on Sunday 10 April 2016, the air being inhaled across the region contained nine times more fine-particulate pollution than that considered healthy by WHO. Regional forest fires during the second week of April 2016 exacerbated the already unhealthy air quality that people experience almost every day in Kathmandu. As can be seen in Figure 2, the 24-hour WHO guideline (25 µg/m3) was exceeded almost every day of the year, even back in 2006/07. 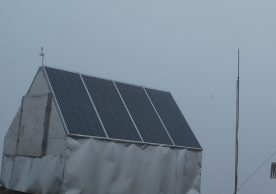 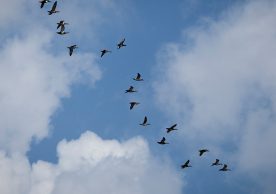 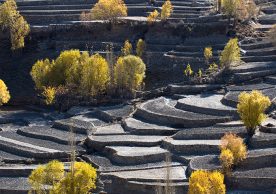 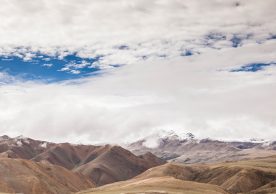