The long road to gender equality in Pakistan’s labour force 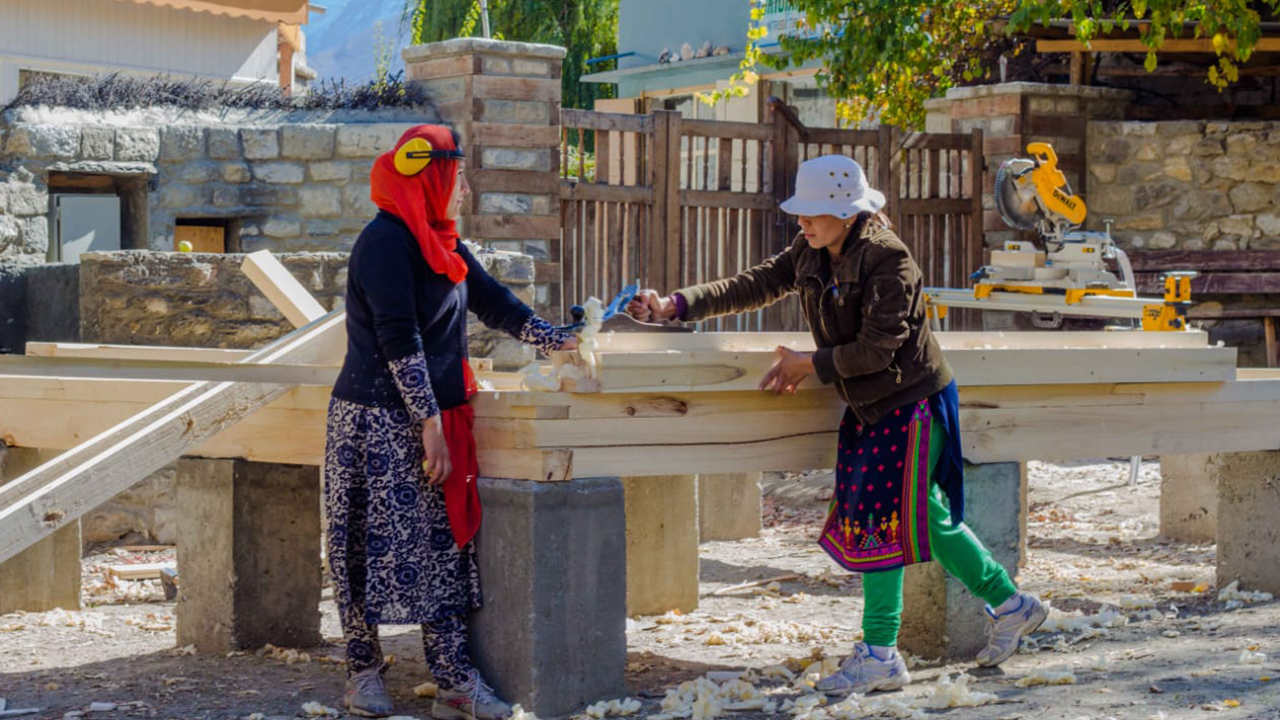 Women’s empowerment expands women’s choices for improved wellbeing, their control over assets and resources, their involvement in decision making at the local, provincial, and national levels and improves their positions in society. The labour force is a key arena for women’s empowerment viewed by many as a potential avenue for women’s liberation, but for women in Pakistan, structural barriers to women’s full participation remain.

Despite women making up almost half of Pakistan’s population – representing 48.76% of the total population – they remain under-represented in the labour force. Only 25% of Pakistani women participate in the labour force (i.e., working or looking to work), compared with 85% of men, and only 5% of senior and leadership roles are held by women. It is estimated that 18% of Pakistan’s labour income goes to women, one of the lowest shares among South Asian countries and the bulk of women’s involvement in the labour force (88.4%) is confined to traditional agriculture, a role that does not translate into financial or decision-making autonomy.

The Constitution of Pakistan ensures equal rights for women and men in Article 25 (a) which states that there shall be no discrimination on the basis of sex. This is an important foundation upon which empowerment and greater participation in the labour force can continue to expand.

In recent years, women’s participation in politics and their representation in parliament has been increasing. This represents a change in historical patterns that have seen women themselves take up and their families encourage them to enter professions such as nursing and teaching. Women are stepping into the executive, judicial, and legislative branches of the government

In terms of the private sector, a recent discussion paper by ACCA noted that 93 out of the 303 listed companies had at least one woman on their board, although as of yet there are no women heads of the companies.

Some organizations are actively working to encourage women to participate in the finance, energy, construction, and gas and water sectors, which have traditionally had little women’s participation. Indeed, Pakistan’s Science, Technology, Engineering and Mathematics (STEM) labour force is an area where women are conspicuously absent. Pakistan’s Labour Survey (2017–18) hows that women’s participation in the finance, energy, gas, and water sectors is abysmally low and in the field of mining engineering not a single woman participates. To improve this situation, the World Bank in Pakistan is working with women in the energy sector.

Limitations to women’s participation in the Pakistani labour force

Although the Government of Pakistan has allotted an overall 10% quota for women in public sector employment and province-level quotas are 15% in Punjab, 2% in Khyber Pakhtunkhwa, 5% in Sindh, and 10% in Gilgit-Baltistan, Pakistan’s civil service, the Central Superior Services, continues to be male dominated and quotas are routinely ignored in recruitment processes. Women represent less than 1% of the total police force, with a majority in the lowest tiers of the police hierarchy. The majority of women civil servants are concentrated in the lower and middle echelons of the service structure, and the number of women transitioning to the top tier of decision making is markedly low.

The increase in women’s representation in parliament in recent years, while an encouraging sign, is accompanied by a lack of women’s participation in committees and task forces. The federal government, for instance, recently issued a cabinet notification to form a thirteen-member task force on science and technology. Unfortunately, no women parliamentarians were included in this task force, nor in the Economic Advisory Council. Pakistan is also the only country in South Asia which is yet to appoint a woman as judge in its Supreme Court.

Economic empowerment in an unequal world

Safety and security issues at the workplace, and the social structures that restrict mobility often confine women to the four walls of their houses. Importantly, the Government of Pakistan introduced the Protection against Harassment of Women at the Workplace Act 2010 to address safety and security concerns for women in the labour force and to provide for legal redressed of cases, however much remains to be done to ensure that women can participate fully in the labour force.

Various government and private organizations have engaged women in the gems and jewellery sector.  CIQAM, formerly Women Social Enterprise, a project initiated in Hunza, Pakistan by the Aga Khan Culture Services trains women in technical trades, including construction and carpentry. Micro-level practices such as these can be replicated at the macro level to increase women’s participation in the labour force at the provincial and national levels. Additionally, the nation-wide programme aimed at providing income and financial support to poor women, Ehsaas – or the Benazir Income Support Programme (BISP) can do more to support women in taking up income-generating activities.

It is important to work within these realities as we encourage change. To that end, we have partnered with local organizations in Pakistan to train women in income-generating and livelihood-enhancing activities. Through our initiatives, we have introduced innovative livelihood opportunities such as tunnel farming of off-season vegetables, high-yield horticulture (kiwi and apple, for instance), capacity building in community-based flood early warning and disaster management, mass-scale sea buckthorn plantation to save agricultural land from erosion, and cottage-based entrepreneurship opportunities (such as angora rabbit farming).

Strategically organized knowledge sharing events such as conferences, seminars, and workshops have helped raise gender issues at the national level. Separate gender and development sessions have been organized to sensitize community members and stakeholders.

We’ve also had positive results conducting assessments of and research on topics such as collective farming, food security, and migration, and their effects on women. In Gulkhin, Upper Hunza, for instance, proactive petitioning by local women has resulted in the community granting the local women’s organization ownership rights of the newly distributed land, which had been barren before we and our partners introduced irrigation technologies.

Through our Upper Indus Basin Network, we’re taking more strategic steps to support gender transformative change in Pakistan. In January 2020, a Gender Resource Group (GRG) – including gender practitioners, activists, experts, researchers, and advocates from across Pakistan, including Gilgit-Baltistan – was formed to work at the national as well as regional HKH level. The GRG will advocate for and conduct research on gender issues and help share knowledge at the local, national, and international levels. Members have taken up issues like women’s participation in the labour force and are working with the government of Pakistan on addressing these issues.

Paving the road towards gender equality

The road to gender equality in Pakistan is a long one since Pakistan ranks 151st of 153 countries listed on the 2020 Global Gender Gap Index among the bottom 10 in three of the four main categories (employment, education, health, and politics); and below 100th in 12 of the 14 individual indicators that make up the index. Nevertheless, there are key possibilities to fill gaps in women’s participation in Pakistan’s labour force. More substantive gender responsive legislation will be critical to this project along with steps to further prohibit workplace discrimination and harassment, an increase in the women’s quota to at least 30%, legal assurances of pay equality, and the provision of workplace day-care facilities and safe and secure transportation back and forth to workplaces. Inspections by labour departments on adherence to workplace equality guidelines and the provision of legal action for their enforcement can go a long way in supporting gender transformative change. 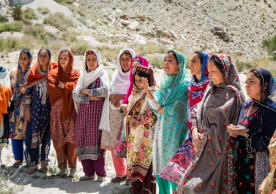 Climate change and water security in the mountains of Pakistan

“I remember during my childhood the snow would reach up to nearly half my body, and we were unable ...

Impacts of COVID-19 could heighten gender inequalities in the HKH: unless responses focus on women

“I seek training, not for me, but for my family members, so that they understand what I am doing when ...

Climate change and the increasing risk of hazards in Chitral, Pakistan

A big push for climate-friendly brick production in Pakistan 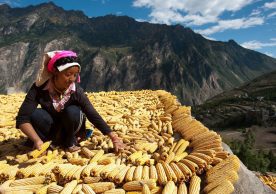 Do we still need to celebrate International Women’s Day in the year 2019?

How healthy are glaciers in Pakistan?