Invitation to attend an IPCC outreach event in Nepal

Join us for a learning and interaction opportunity with authors contributing to the IPCC Sixth Assessment Report.

The event is free and open to the public, but prior registration is mandatory.

Lead Author – Chapter 17: “Decision-making for managing risk”
Carolina Adler is an Environmental Scientist and Geographer with a career spanning over 20 years in both research and practice in the public and private sectors. As the Executive Director of the Mountain Research Initiative (MRI), she is tasked with overseeing the work of the MRI Coordination Office, as well as connecting, coordinating, and promoting global change research agendas and supporting regional and thematic networked collaborations in mountains worldwide.

Adler obtained her PhD at Monash University, Australia, in 2010, focusing on climate change adaptation and relevant policy processes for sustainable development in mountain regions. She received the Harold D Lasswell Prize in 2010 for best thesis. Over the years, she has actively engaged with and contributed to numerous international networks and programmes, such as the Society of Policy Scientists, the International Social Sciences Council, and the International Council for Science – now merged to form the International Science Council – as well as Future Earth through core projects such as the Earth Systems Governance Project.

Carolina Adler focuses on research activities related to the assessment and evaluation of inter- and transdisciplinary collaborations on questions related to sustainable development in the mountains, as well as the use of scientific evidence in regional and global assessment efforts and uptake in policy and decision making contexts.

Vice-Chair, IPCC
Thelma Krug is the Director of the Department on Policies to Combat Deforestation of the Ministry of the Environment, Brazil. With a PhD in spatial statistics from the University of Sheffield, UK, she is also a Senior Researcher at the National Institute for Space Research (INPE) within the Ministry of Science, Technology, Innovation and Communications. She was the coordinator of Earth Observation at the INPE, responsible for the official estimates of deforestation in Amazonia using remotely sensed data.

Over several years, Krug has participated in the negotiation process under the United Nations Framework Convention on Climate Change (UNFCCC) on issues related mainly to forestry and reporting guidelines. She has several publications related to climate and forests and has participated in the development of innovative methodologies for reforestation under the Clean Development Mechanism. From 2002 to 2015, she co-chaired the Task Force on National Greenhouse Gas Inventories of the IPCC and has been one of its Vice-Chairs since October 2015.

Coordinating Lead Author – Chapter 4: “Water”
Aditi Mukherji is Principal Researcher at the International Water Management Institute. Previously, she led the Water and Air research theme at the International Centre for Integrated Mountain Development (ICIMOD) in Nepal. She is a human geographer by training and has a PhD from Cambridge University, UK.

Mukherji works on institutions and policies of water resources management, and her areas of specialization are groundwater governance, the energy–irrigation nexus, and community management of water resources. She has worked in South and Central Asia, the Nile basin, and in the Hindu Kush Himalayan region.

In 2012, Aditi Mukherji was awarded the inaugural Norman Borlaug Award for Field Research and Application, endowed by the Rockefeller Foundation and given by the World Food Prize

Foundation, USA. She is a Member of Global Forest Expert Panel on Forests and Water set up by International Union of Forest Research Organizations, Vienna, and contributed to a comprehensive assessment report on water and forests. She is also a co-editor of The Hindu Kush Himalaya Assessment: Mountains, Climate Change, Sustainability and People published in February 2019.

Co-Chair, Working Group II
Hans-Otto Pörtner studied at Münster and Düsseldorf Universities, where he received his PhD and habilitated in Animal Physiology. As a Research and then Heisenberg Fellow of the German Research Council, he worked at Dalhousie and Acadia Universities, Nova Scotia, Canada, and at the Lovelace Medical Foundation, Albuquerque, New Mexico, USA.

Pörtner is currently a Professor in and the Head of the Department of Integrative Ecophysiology at the Alfred Wegener Institute for Polar and Marine Research in Bremerhaven, Germany. He acts as an associate editor of physiology for Marine Biology and as a co-editor of the Journal of Thermal Biology. He was an Honorary International Associate Member of the Society for Integrative Biology, USA, between 2006 and 2013. He gave the Peter Hochachka Memorial Lecture at the University of British Columbia in 2007, the Plymouth Marine Lecture in 2013, and the Bidder Lecture of the Society for Experimental Biology in Florence in 2018.

Coordinating Lead Author – Chapter 18: “Climate resilient development pathways”
Aromar Revi is the founding Director of the Indian Institute for Human Settlements (IIHS). For over a decade, he has helped built the IIHS into one of the world’s leading urban education, research, capacity-building and advisory institutions located in the Global South, focusing on the multi-dimensional challenges and opportunities of sustainable urbanization. He is a Co-Chair of the UN Sustainable Development Solutions Network (SDSN), where he led a successful global campaign for an urban Sustainable Development Goal (SDG 11) as part of the UN’s 2030 development agenda, which brought together major global urban institutions and over 300 cities and organizations.
Revi’s recent research and policy works lie at the interface of sustainability and climate science, and the emerging discipline of “urban science” that he is helping define internationally. He is a member of the University College London – Nature Sustainability Expert Panel on urban research and global sustainability. He is one of South Asia’s most experienced risk and disaster management professionals, having led teams to plan and execute rehabilitation programmes for ten major earthquake, cyclone, and flood events affecting over 5 million people. Revi has also been a member of the Advisory Board of the United Nations International Strategy for Disaster Reduction’s Scientific and Technical Advisory Group (STAG) and its bi-annual Global Assessment of Risk from 2008.

Aromar Revi is a Coordinating Lead Author of the IPCC Special Report on Global Warming of 1.5°C and the Working Group II contribution to the IPCC Sixth Assessment Report. Earlier, he served as Coordinating Lead Author of the IPCC Fifth Assessment Report on urban areas, which established the role of cities and regions in addressing climate risks. He is also a co-Principal Investigator of a large international Climate Adaptation Research Programme that spans India and Africa.

Deputy Director General, ICIMOD
Eklabya Sharma is an ecologist with over 30 years of experience in developing, managing, and implementing programmes mainly on sustainable natural resource management in the Hindu Kush Himalayan region. He holds a PhD in ecology from Banaras Hindu University, India, where he started his career in 1985 as a postdoctoral fellow. Between 1989 and 2001, he established the GB Pant National Institute of Himalayan Environment and Sustainable Development in Sikkim, an autonomous regional research centre of the Ministry of Environment, Forest and Climate Change of the Government of India, as the founder Scientist In-Charge. In 1994, he served as a visiting scientist at the University of Glasgow under the exchange programme between the Indian National Science Academy and the Royal Society of Great Britain.

He joined ICIMOD in 2001 and has served as the Programme Manager of Farming Systems, Natural Resources Management, and Environmental Change and Ecosystem Services. He also served six years as the Director of Programme Operations.

Eklabya Sharma has received many national and international awards, including the Young Scientist Award of the Indian National Science Academy in 1988; the Eminent Scientist Award from the Ministry of Environment and Forests, Government of India, in 1995; and the Honorable Mention Paper Award from the Soil and Water Conservation Society, USA, in 1999. He was elected as a Fellow of the National Institute of Ecology, New Delhi, India, in 1994; Fellow of the National Academy of Sciences, India, in 1999; and Fellow of the Indian National Science Academy, New Delhi, India, in 2014. He has more than 180 publications to his credit, including 18 books, with the majority published in peer reviewed international journals. He was the Chief Editor of the Journal of Hill Research published in Sikkim from 1992 to 1996 and was the Regional Editor for Asia of Mountain Research and Development between 2002 and 2010. Sharma now serves on the international editorial board of this journal. He has supervised seven PhD theses on ecology, primarily dealing with natural resource management of the eastern Himalayas. 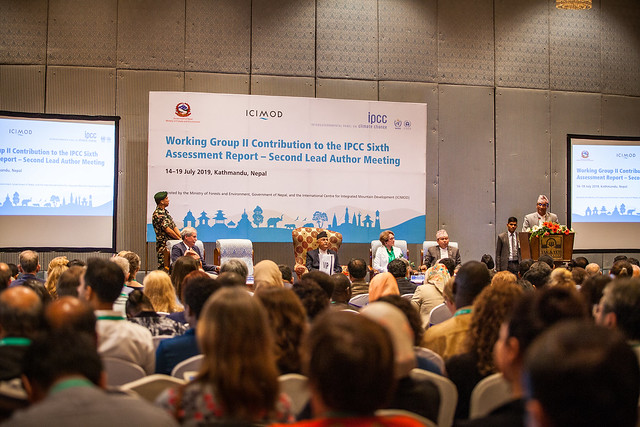